Augustine: Despondent
Welcome to our Forums! Please login or register! You can introduce yourself here!


Join the forum, it's quick and easy
Augustine: Despondent
Welcome to our Forums! Please login or register! You can introduce yourself here!

Welcome to the forums! We are the homeplace for Slender: Darkplaces, Augustine, Nightfall survival, and Revamped 1.

You are not connected. Please login or register 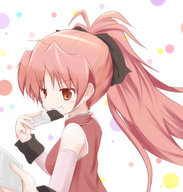 I noticed the Admin color was a little off so I made it a deeper orange.

-----
Updated the avatar style a bit.
-----
User Info area is taking up less space.
-----
Moved user area over by 2px to fix it being off center.
-----
Fixed the large space from "clear: both" causing the signature to 'clear' the user area.
-----
Moved the user contact area over a few pixels and made it less likely to wrap the images.
-----
Minimum height for the post container was set to 150px to fix the signature from sticking to the top portion of the post area under the text.  (This adds some unneeded space in some areas but makes the forum look cleaner.)
-----
Before, 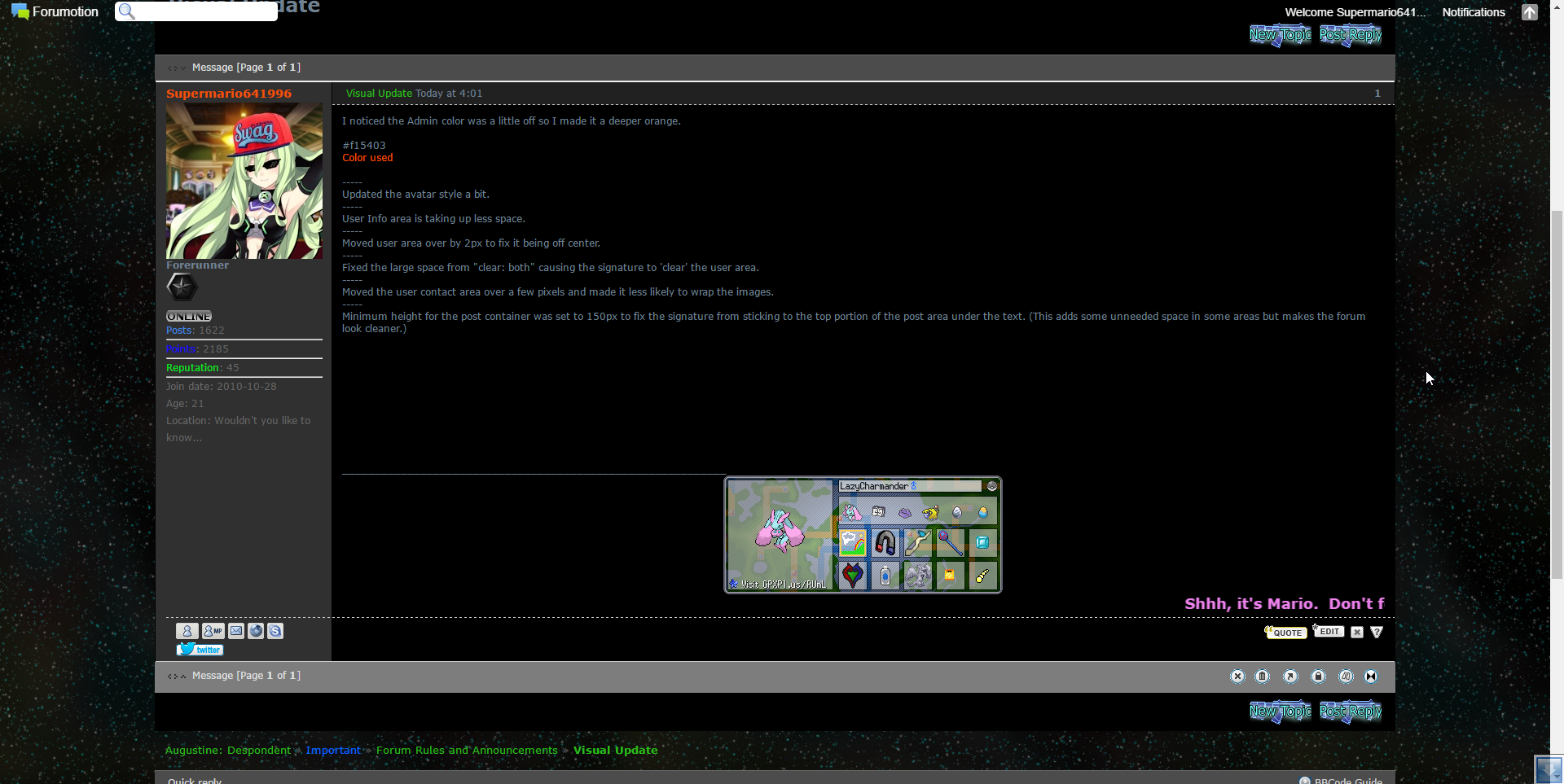 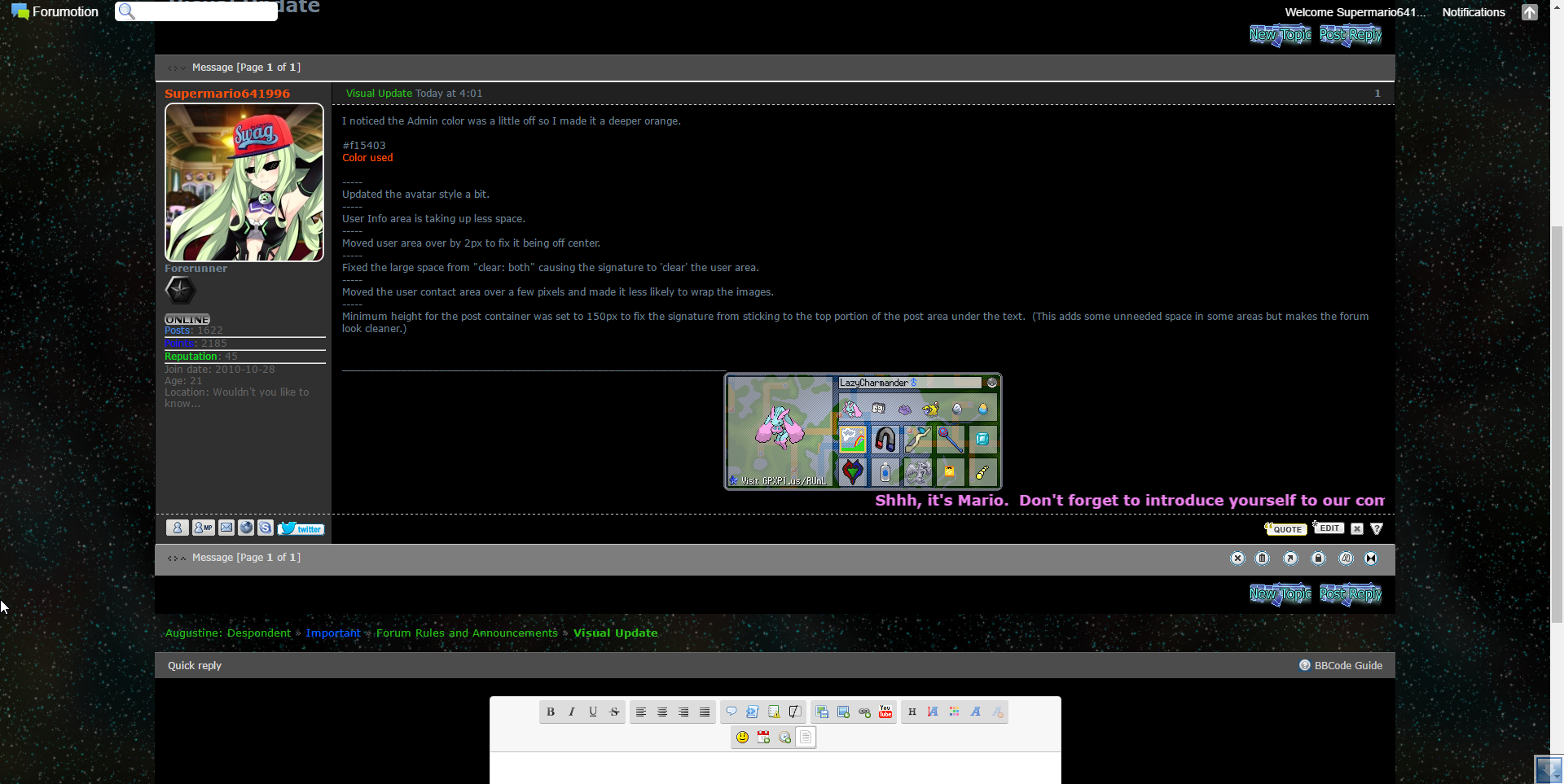 I've been meaning to fix these issues for some time but I never got around to it do to my lack of knowledge with the CSS.
And now I can finally go to bed.
-----

Add a colored border to the top of the sig area and removed some unneeded padding.
-----
Removed an unneeded space between the user visit box and the header.
-----
Added some transparency to the post title and reply button box area as well as removed unneeded padding.
-----
Removed the background, border, border style, and padding from the announcement box (basically removing it) so that Chatango is no longer in a random box.
-----
Made the avatar border black to be more consistent with the forum.
-----
Things left to do
-Make the avatars in most other places consistent with post area.
-See if I can somehow do the same on the toolbar and the Portal as they are very closed down when it comes to the css.
-Some other stuff probably.
-----
The Members List's Table now has the correct background
-----
Added the Avatar style to the Member's List.
-----
Optimized the CSS for the homepage.
-----
Avatar style added to the mini icons on the front page.
-----
Can't change the style on some pages do to them using the generic CSS for images making other images as well as the avatars to have the style.
-----
Yo I heard you like light grey! (A lot more light grey where it should be and or was missing.)
-----
Replaced some images (that were blank) with colors to speed up load times.
-----
I was able to add the avatar style to the Portal.
-----
Made it so the avatar scales in the user module on the Portal so it stops clipping the side of the module.  Removed some unneeded padding causing the avatar to stick to the right side of the module.
-----
Got the avatar on the profile page to have the style at the cost of the rank also having the style. (Hopefully I'll find a fix.)
-----
The avatar in the floating profile menu now has the style.
-----
The avatar editing page now has the avatar style.
-----
The avatar in the toolbar now has the style!
-----
Welp, Happy Easter!  If you find any issues let me know!  I'll fix em via day 3!

Shhh, it's Mario.  Don't forget to introduce yourself to our community here and our Discord group here.