Augustine: Despondent
Welcome to our Forums! Please login or register! You can introduce yourself here!


Join the forum, it's quick and easy
Augustine: Despondent
Welcome to our Forums! Please login or register! You can introduce yourself here!

Welcome to the forums! We are the homeplace for Slender: Darkplaces, Augustine, Nightfall survival, and Revamped 1.

You are not connected. Please login or register

My WW2 mod for the PSP

I am working on a WW2 mod for the PSP using Bakers newest ProQuake engine,
heavy modified with custom-hud (not fully done yet)
and there is alot of work already done.

The game will be multiplayer only and class based teamgameplay (rifleman, gunner, war-elite, allies vs. axis)
and maybe have ctf and some other gamemodes (one hit kills etc..)
maybe i will also port some stuff from the Revamped QC like the timed respawn and some other cool stuff

healthsystem will be a mix of quake and the system from medal of honor:
when your health reaches 5 it will autoregen to 15 or 20 (still not sure about hte value),
and you can pickup medikits to fill it to 100 again.

Also the "map rotation" will be based on different scenarios:

- AfrikaKorps, maps and places in arfica during the ww2
- germany, maps inside germany during ww2, bombed buildings and stuff like that
- other maps, unsorted and "unfitting" maps, maybe some weird stuff like a nazi spacheship or funmaps (tetrisworld etc..)

But i need another modeler who can help making 3 weaponmodels:

It is currentliy looking very good and is playable using the Frikbots (singleplayer selects
simple deathmatch on special map with own spawnpoints for the bots)...

If you want to help with the models just post here, also any other comments are welcome

This looks very nice! What AI are you planning on using? (I.E: Frikbot or Reaper or what?)
Nevermind: I didn't see that you were using the frikbot...

FrikBot with some tweaks to handle the extra stuff like throwing grenades and using the knife, because the simple rule

I also teached them already to use the rifles at a long range, and placed
some "Snipe" AI points on the maps, and i was really surprised xD

Oh, since your using the proquake engine, I Noticed it didn't have resume support, and crashes after taking it off of standby. I know there's a fix for this, but it has to be done in the engine source. 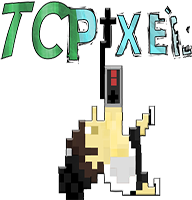 The first map reminds me of de_dust

Looks good. Can't wait to hear more about it.

Shhh, it's Mario.  Don't forget to introduce yourself to our community here and our Discord group here. 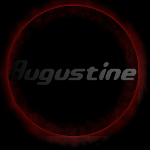 It was in the game from the beginning

EDIT: i am also thinking making specific classes like in battlefield (medic etc..),
so medic can drop 2 healthpacks each life and soldier can drop ammopack and the elite
has no dropable items, but smoke grenades.

EDIT2: Also if you want to make a map for this mod feel free to do that, but keep the limits:

- Only Q1BSP, keep it small, the game will have a maximun of 8 or 10 players
- make it ww2 look-a-like, or like seen above based on the "AfrikaKorps" setting

also we dont have any custom spawns coded in, so we need also the RMF file and the used texturewad.

when you letting a beta hit the fan?

If you need any help with coding something, shoot me a message or just ask for help here on the forums and I'll see what I can do.

This is going to be the best psp homebrew game ever! Btw will you be able to play over wifi or same old local?

i think only local ad-hoc, i dont have a 2nd psp with wifi to test..
my 2nd psp is the PSP "Street Edition" with no WiFi -.-

Hey Mabuse, I was thinking, maybe since it's based on a real war, you might want to use real life damage functions such as:
1. Realistic Falling damage. - No more losing only 10 health from a fall that would normally kill you.
2. Wounded players, much like the mod for quake 2, (Action Quake) where if you're shot in a major spot, the player should be hurt every 6-8 seconds or so for losing too much blood.
3. Blurred vision: When shot at, or hit from a grenade, (if, for some freak reason you'd survive) your vision would be blurred.
Oh, and if not everyone agrees with this, you COULD make it to where you toggle these functions on/off via impulse command. Hope this helps a little.

falling damage will be improved, and deadly xD
When you jump down from a building you will die

Also the weapons have new stuff like bullet spaking like in Kurok
and some tweaks, also the kar98k bolt actin rifle can you kill now ith one shot,
the damage from the smgs is now higher too.

Also added a health regeneration, but it is very very slow, so you should still use medikits.
I also made a "shitty" sprite for the bulletsparking...

and now it is finally time for bed xD

Hmm. Im kinda skeptical about dithering. I don't know if it helps or hurts really. I tested it with Revamped 1 and didn't like it. I know what it does but still, bleh.

Dont worry, i added a slider to the optins menu, so you can switch it on/off anytime

@drmabuse1981 wrote:Dont worry, i added a slider to the optins menu, so you can switch it on/off anytime

This looks like it will be very promising. Oh, before I forget, how many weapons will there be before you're satisfied with the game?

Not really 100% sure, but the follwing weapons are inside now:

Also missing is the BAR and the P38 pistol, but the final weaponlayout might change..

@drmabuse1981 wrote:Not really 100% sure, but the follwing weapons are inside now:

Also missing is the BAR and the P38 pistol, but the final weaponlayout might change..

I'm putting a price tag on you, Frikbot. Anybody who has 20 dollars can now buy him legally. Here's a list of the features he possesses:
- Will dance (for food)
- Will Play the violin... Poorly
- Will play Dance Dance Revolution with you (cost $1.50 every game)
- Much more!!!

Is this just a random number?

Is this just a random number?

I can bet everyone here called that number XD